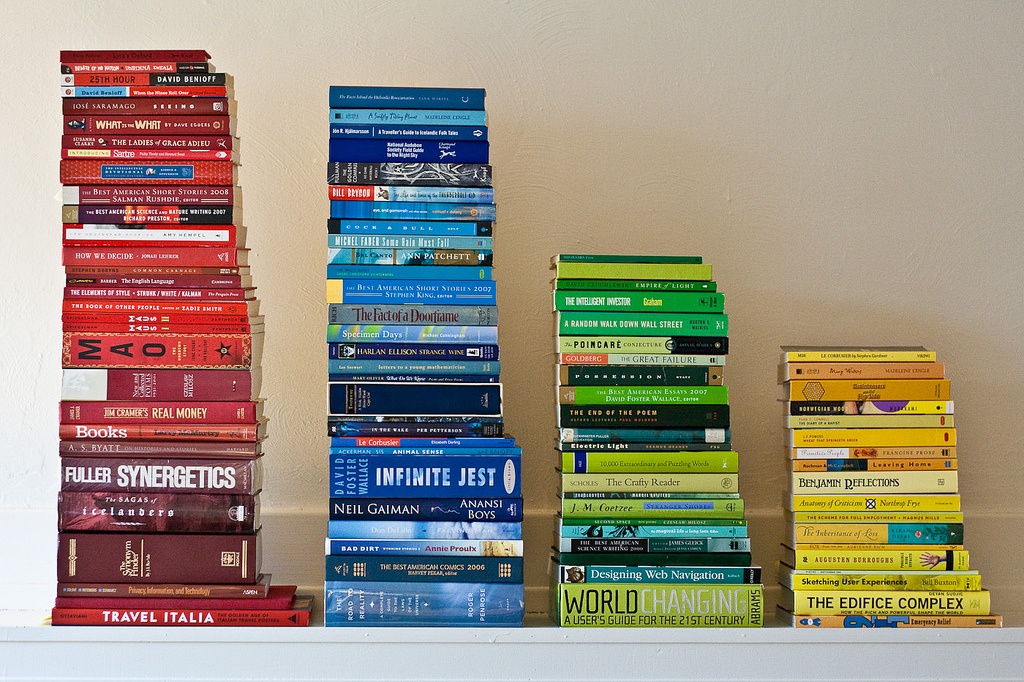 The page is a reading list sharing the best books to read in various categories based on many hours of reading and research. You'll find more than 10 good books to read.

1. The Underground Railroad by Colson Whitehead

Coming in just under the wire because Oprah convinced its publisher to release the book a month early, Colson Whitehead's The Underground Railroad enters the pantheon of one of the Great American Novels. It may not be quite as easy or escapist a read as Oprah's previous book club picks, but it is possibly the most essential. Whitehead's novel, which follows two slaves as they make their escape via the Underground Railroad, is a wonderful reminder of what great literature is supposed to do.

2. All about Love by bell hooks

We're taught to think of love as something that happens to us. It's a magical but altogether passive experience. In her deeply personal and emphatic All about Love, renowned social activist and feminist bell hooks asserts that, in fact, love is a choice we must all make and it's not nearly as abstract or elusive as many of us have come to believe. The book not only explores the role of love in our lives and the ways our culture has distorted its meaning, but guides us with clear definitions and examples.

3. A Good Man Is Hard to Find and Other Stories by Flannery O'Connor

Flannery O'Connor's first short story collection, written in 1955, will knock you off your feet. Ruthless, penetrating, and loaded with subtext, A Good Man Is Hard to Find and Other Stories was brave for its time and feels just as consequential today. Writing in the Southern Gothic tradition in a style wholly her own, O'Connor creates characters that are misguided, stunted curiosities, but she manages to capture what's human in even the most despicable of people.

4. The Road by Cormac McCarthy

Pulitzer Prize-winning author McCarthy is one of our greatest living prose stylists. His post-apocolyptic novel, The Road, in which a father and young son struggle to survive, is made all the more profound by its brevity. It's a quick read that stays with you. Intrepid readers undaunted by a more ornate, challenging, Faulknerian style should also read McCarthy's masterpiece.

Published in 1940 (as was The Heart is a Lonely Hunter), Wright's graphic, violent protest novel was an eye-opener about racial tensions and poverty in America. For hundreds of thousands of readers, the story was a conversation starter: Wright's protagonist Bigger Thomas commits an accidental murder, and spirals downward into more violence and despair.

6. The Iron Heel by Jack London

Though now largely forgotten, London's 1908 novel was ahead of its time in a lot of ways–not least for casting an educated woman as its protagonist–and seems especially so now in its prediction of the rise of an oligarchic tyrant in the US. Often considered the first modern dystopia, The Iron Heel deftly lays out the makings of a fascist state before fascism itself had ever come to prominence in the real world.

7. The Diary of a Young Girl by Anne Frank

One of the most sobering realities to emerge from the refugee ban last weekend was that the United States could have saved Anne Frank's life, but failed to do so when she and her family were denied entry to the United States as refugees. Knowing that, revisiting the diary entries a 13-year-old Frank wrote while in hiding from the Nazis might sound like a brutal exercise in masochism.

A perfect little gem of a novel about coming of age and coming out in early ‘90s Portland, Dryland is the logical next step for anyone who liked Carrie Brownstein’s memoir. The heroine joins the swim team, befriends the popular kids, and meets a cool older guy.

9. One of the Boys by Daniel Magariel

“A riveting and emotionally harrowing debut about two young brothers and their physically and psychologically abusive father—’One of the Boys’ is 176 perfect, stunning pages by a major new talent. “The three of them—a twelve-year-old boy, his older brother, their father—have won the war: the father’s term for his bitter divorce and custody battle. They leave their Kansas home and drive through the night to Albuquerque, eager to begin again, united by the thrilling possibility of carving out a new life together. “

“In a country teetering on the brink of civil war, two young people meet—sensual, fiercely independent Nadia and gentle, restrained Saeed. They embark on a furtive love affair, and are soon cloistered in a premature intimacy by the unrest roiling their city. “When it explodes, turning familiar streets into a patchwork of checkpoints and bomb blasts, they begin to hear whispers about doors—doors that can whisk people far away, if perilously and for a price. As the violence escalates, Nadia and Saeed decide that they no longer have a choice. Leaving their homeland and their old lives behind, they find a door and step through …”